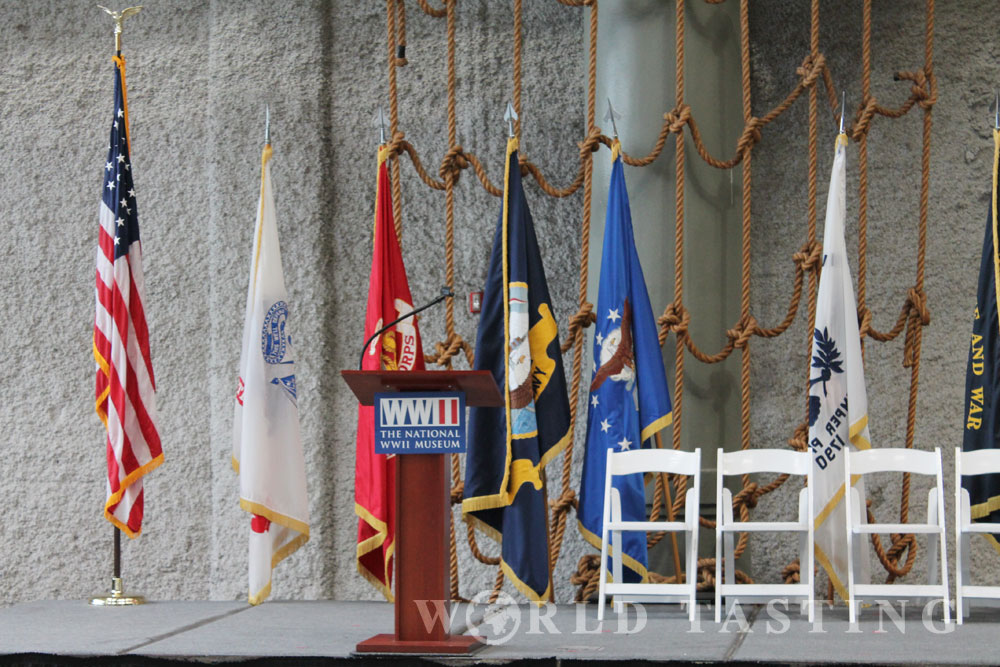 The National WWII Museum (945 Magazine St) is not your ordinary museum. With a reputation of #4 museum in the United States, and #11 worldwide, it had to live up to high expectations. And so it did. Everything in the museum is reminiscent of war time. Bunker-style concrete facades reveal documentaries, photographs and exhibits that outline decisions and acts during the course of World War II. We started our journey at the Louisiana Memorial Pavilion. The exhibits and documentaries in this pavilion explained why the United States entered into WWII, what were the tactics and obstacles allies faced during preparations for the Normandy landings, and what happened on June 6, 1944, D-Day. The whole exposition is presented in a fascinating way, engaging visitors in an interactive journey through time. Now, you may actually wonder why a national museum is located in New Orleans, and why there is a Louisiana pavilion. The answer: New Orleans born Andrew Jackson Higgins, “the man who won the war” according to President Eisenhower. Higgins designed and produced a boat specialized in amphibious landing of armies against defended coasts which was critical for the American invasion of France by water. Next stop, the US Freedom Pavilion also known as the Boeing Center. Although the name suggested what we will find in the hall, what we saw was not even close to our expectations. The enormous military aircraft hanging from the ceiling and a three-tier observation platform had a numbing effect on us, and we spent probably a couple of minutes at the entrance simply staring up. Lastly, we peeked into the Campaigns of Courage. We didn’t have a ticket for any of the movie shows (movie tickets are sold separately or in combination to museum entrance ticket) but instead followed the private stories of a few veterans while moving through a labyrinth of rooms in which different milestones of the war were recreated. Like the Battle of the Bulge. Never before had I entered a museum where instead of a mere observer I was an actual participant. The sounds, the smells, the decor, even the temperature inside each room was chosen such that it recreates a scene. And it leaves a memory.

On our way out we saw what in my opinion is the most amazing finishing touch to this incredible historic journey. The tiles. We left the museum. Silent and humbled.