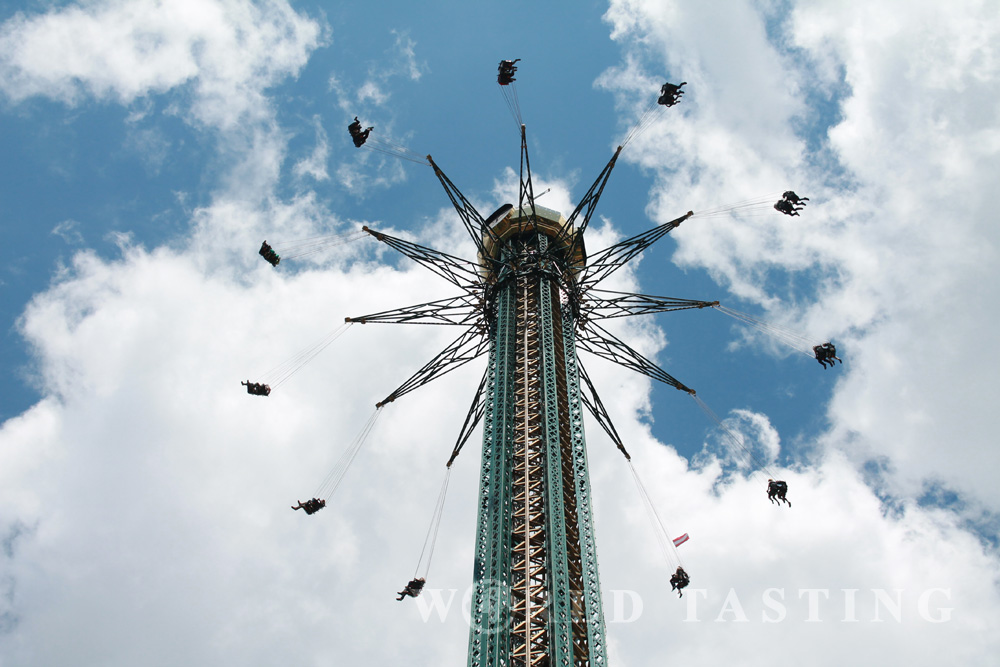 I have to say that I would love to spend my birthday at an amusement park. However, it was not me who was the lucky girl but my mom. Now don’t raise your eyebrows in disbelief, she just turned 25(+). If nothing else, now I know where I am getting the amusement park fever from.

The most popular attraction – and possibly the main reason to visit the Prater in first place – is the ferris wheel (or Wiener Riesenrad). This is just your ordinary ferris wheel, but packed with history: it was built in 1897 to celebrate the Golden Jubilee of Emperor Franz Joseph I; almost demolished in 1916, and saved merely because of lack of money for the process; and to top it up entirely burned down during World War II. After a rebuilt in 1945, it now presents to its visitors 15 gondolas, all bearing even numbers. We hopped on gondola #16 for some unforgettable 30 minutes of breathtaking views over the city of Vienna. The only better option would have been gondola #18 for a private soiree with some bubbly, but there are more birthdays to come. (Should I mention again, I would love to spend my birthday at an amusement park.) From there onward, it was just a leisure stroll among the attractions, a lunch at one of the restaurants, and an excessive number of photos in a vague attempt to capture the Prater atmosphere.